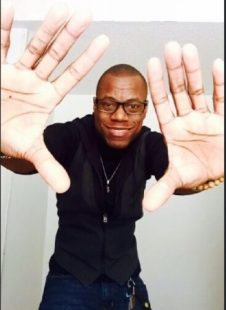 I am Jacobi Gunter, from Columbia SC, born 2 lbs. 7 ounces, with a rare kidney disorder called “Barter’s Syndrome. I started playing drums at the age of 18 months, and have continued to play ever since. I have had many favorable opportunities. Just to name a few: at 15 I was the youngest person chosen to be a part of the NBA Charlotte Bobcats drum team, who are now The Charlotte Hornets. The drum team consisted of a group of talented drummers providing drumming entertainment for the fans as they entered the arena. Before the audition, they asked me my age. When I told them, they stated that I was to young, as the minimum was 18 years old. I still auditioned that day, and they made an exception.Later on, at 17 years old, I was asked to do a half time solo performance during the Bobcats (Now Hornets) VS Lakers game. In 2013, the organization decided not to script the drum team in to the entertainment for the upcoming year. However, in 2014 I was asked to come back as a solo Artist to perform center court (every Wednesday game) for the team’s introduction. 2015 I recorded a cd with a well renowned Gospel which earn two stellar Nomination. In the lateral part of 2016 I was apart of “street drum corps” Blood Drums in provided entertainment at Carowinds one of the Souths largest theme park. I have an existing artist relationship/development with Zildjian and aquarian drum heads. I’m also a drum instructor at Freeway here in Columbia South Carolina. In this upcoming year I’m gearing up to release my very first single entitled “DUI” Drumming Under The Influence. I’m so honored to be apart of a great company like Schnell Percussion